Late last night, standing in the room with Joel, his parents, and Baby Liam, the anesthesiologist explained what had transpired behind the scenes.
Sarah had received an epidural during the afternoon which was actually a port through which they could add more medication as needed. During the afternoon, she had mentioned difficulty breathing, but it seemingly resolved itself.
In the OR, when they were administering the surgical level of medication into the epidural, Sarah again complained of shortness of breath. Immediately the doctor realized that the medicine was in the process of paralyzing Sarah’s diaphragm.
A breathing tube was inserted, general anesthesia administered, and a gorgeous baby boy was born.
Sarah had some difficulty waking from the anesthesia, but is expected to have no lasting effects. However, today is still a critical day for her health and safety.
Her blood pressure still places her in danger of seizure. They were to administer magnesium sulfate again (she had had that in her IV all afternoon) to reduce the risk of seizure. She was expected to be on that drug for an additional 12-24 hours.
The drug is a powerful muscle relaxer and since at midnight she had not yet recovered feeling from the epidural, they were opting to wait before starting the magnesium.
We trust Sarah is doing well this morning and will be heading to the hospital soon. Thank you for all your prayers and the love and support you continue to share with us.
at 7:48 AM 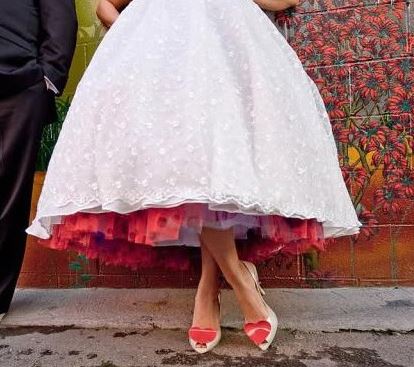 I created "Dresses and Petticoats" in the Spring of 2013 as a means for our (non-FB) family and friends to share with us in significant (and not so significant) moments in our lives.